An update of the tagging project of kelt

Last Monday, the last kelt were tagged and released by Hamnbukt. In this article, we will give a short summary of how the project has been carried out, with some pictures to explain the process.

However, firstly we must take the opportunity to give our thanks to Trond Mohn for his financial support of this project, which was vital for the implementation of the project, and the volunteers who helped us with both equipment and volunteer work during the project. In fear of forgetting someone, I won't mention any names, but you know yourselves who you are. 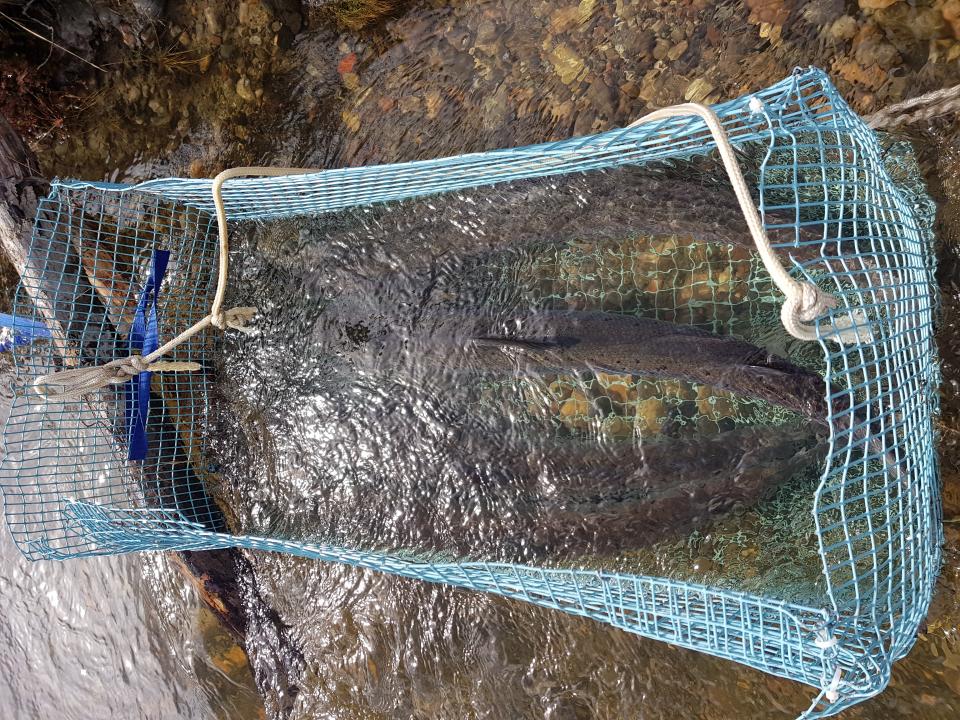 Before any tagging could begin, we had to catch the kelt. This was done by organizing teams of fishermen who fished different pools of the river. After catching a kelt, they were transported down to the pen in Hamnbukt. They were transported in a big container holding fresh water between the river and the pen. 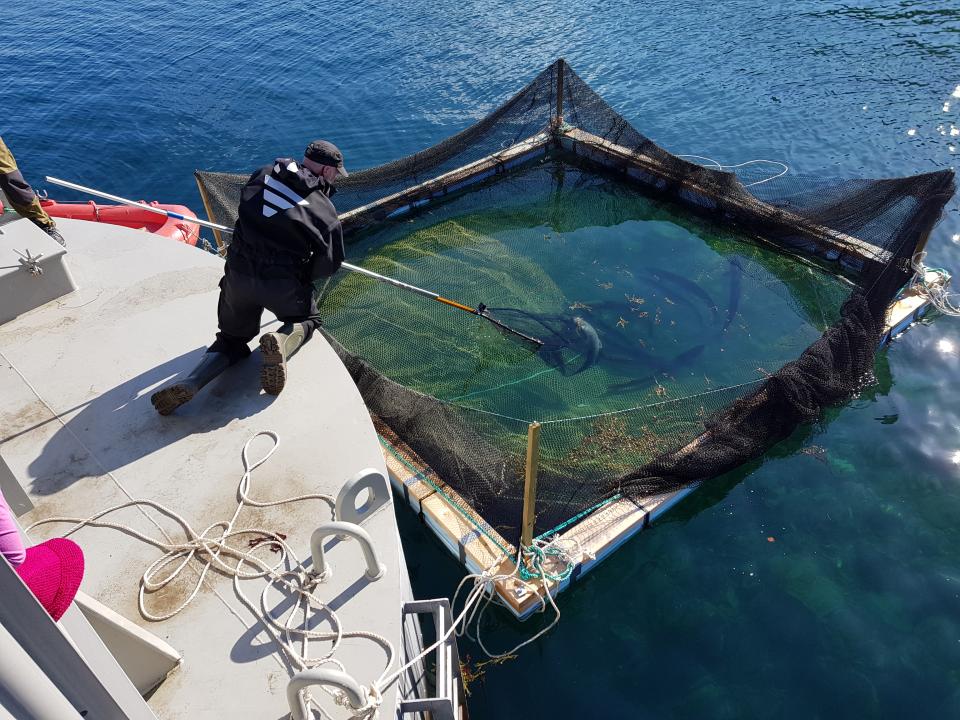 After having been in the saltwater for some days, it was time to do the tagging. Here we can see Audun Rikardsen (the head of the project) netting a kelt before it's being lifted into a container with with water mixed with a sedative fluid. 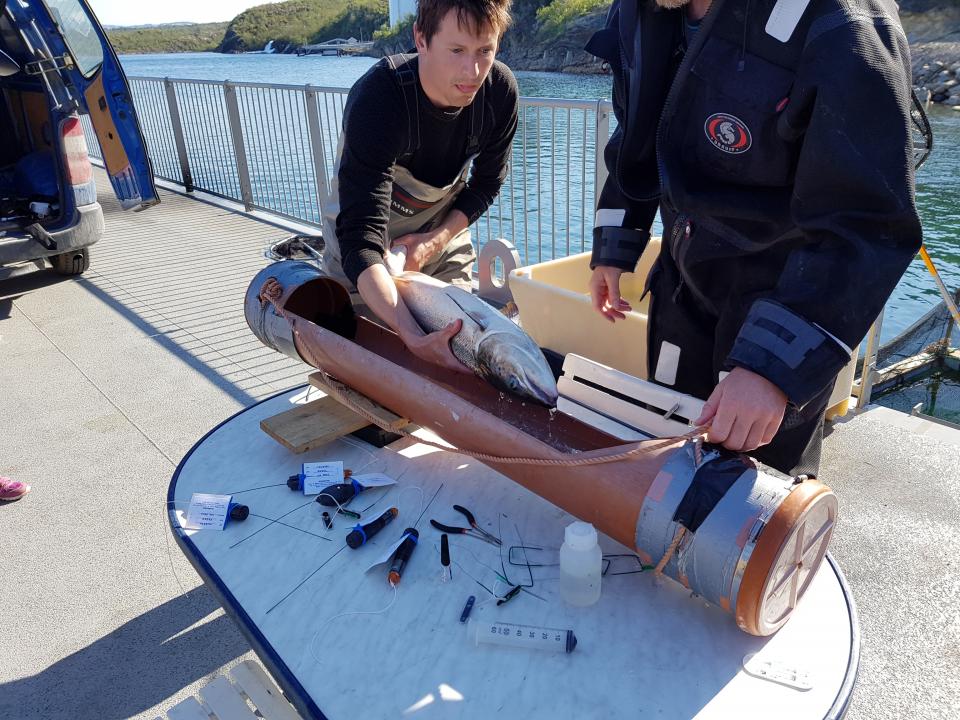 After having been sedated, the kelt is lifted into a tube, were the tagging itself is conducted. You can see the tags laying in front of the tube. 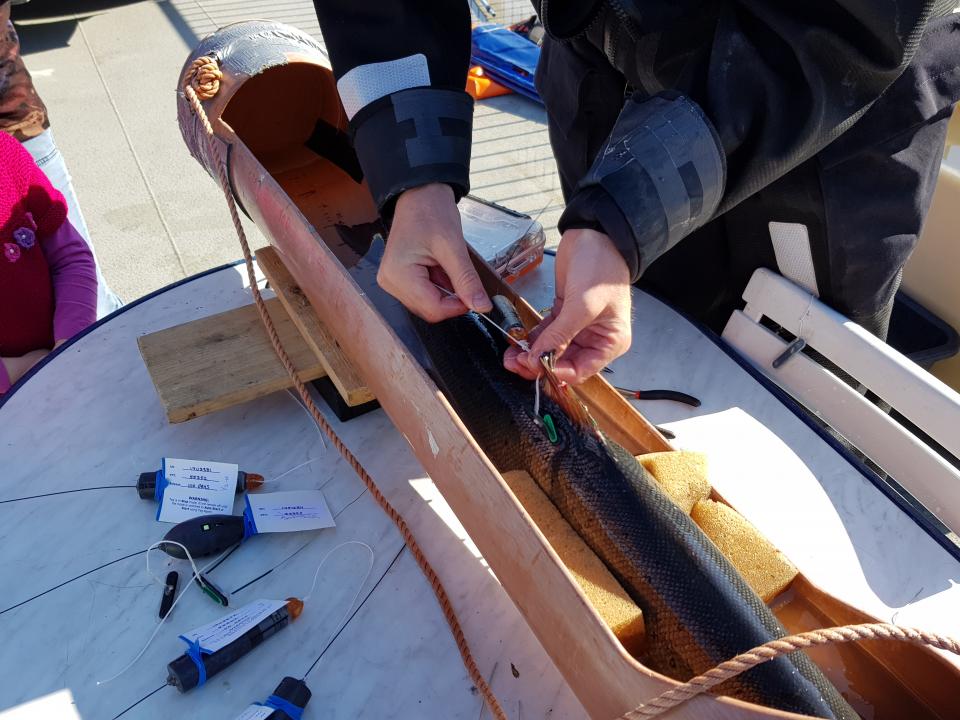 The tag is placed under the back fin of the salmon. Even though the tag might seem big, it's buoyant, meaning it's no big load for the fish to carry around. 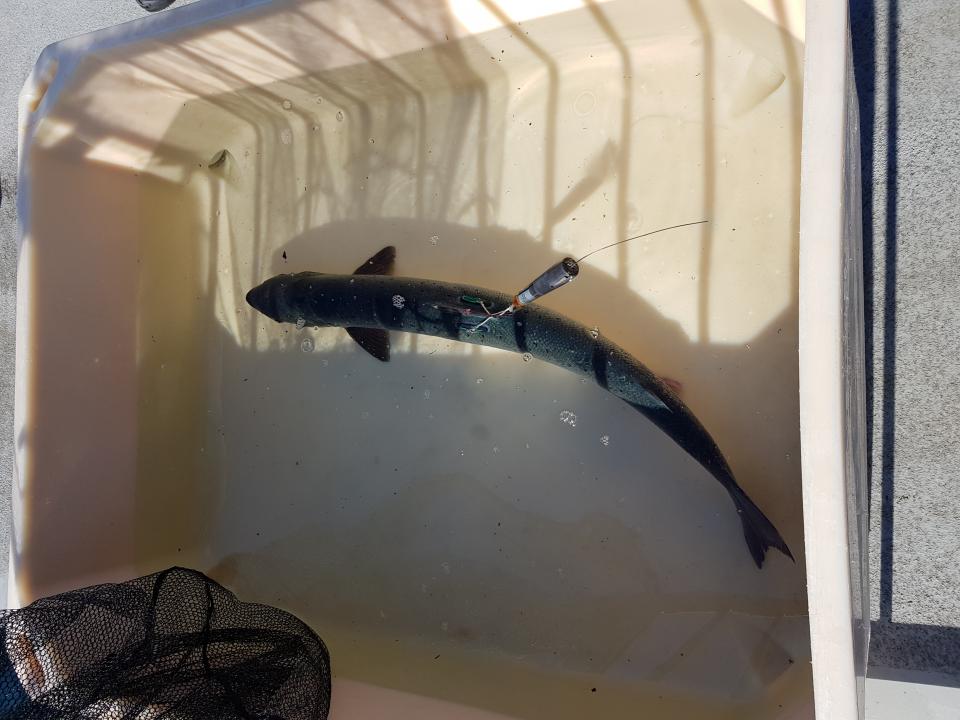 After being tagged, the fish is placed into a container of fresh water, to ensure that it's alive and well. Then the fish is released directly into the sea, where we eventually will find out where it wanders.

The tags are programmed to let go of the fish in three different time intervals during the coming winter, so now all we have to do is wait in excitement before we get the first data from these tags.

Our national broadcaster was part of the tagging, and they documented this whole process. You can find this (if it's available in your country), by clicking this link.