and the winners are...

Through the past 13 years, the catch and release competition in Lakselva has encouraged fishermen to release salmon over 80 cm. Even though C&R is still being targeted in discussions, there is no doubt that the practice represents an important addition in regards of strengthening the salmon stock, especially the multiple sea winter/-spawning part of the salmon stock in Lakselva. At the same time as there are no intentions to develope a purebred C&R fishery in Lakselva, it is a well known fact that by releasing parts of the catch there is created a buffer against overexploitation, especially  in years with fewer returning fish in the river. 2020 was such a year. Without the proportion of released fish last year the spawning stock target would most likely not have been met. Without exceptions, the spawning stock target has been achieved over the past 14 years in Lakselva.

A sincerely thanks to Olderø fly fishing lodge for donating  a fishing trip to West Ranga Lodge in Iceland to the winners in both classes. Lakselv landowners' association has added two season licenses in Lakselva in 2021 to the prize pool.

Winners in the category: released before 15th July

Winners in the category: released after 15th July

Congratulations to the winners and thanks to everyone who has contributed to the competition and the river!! 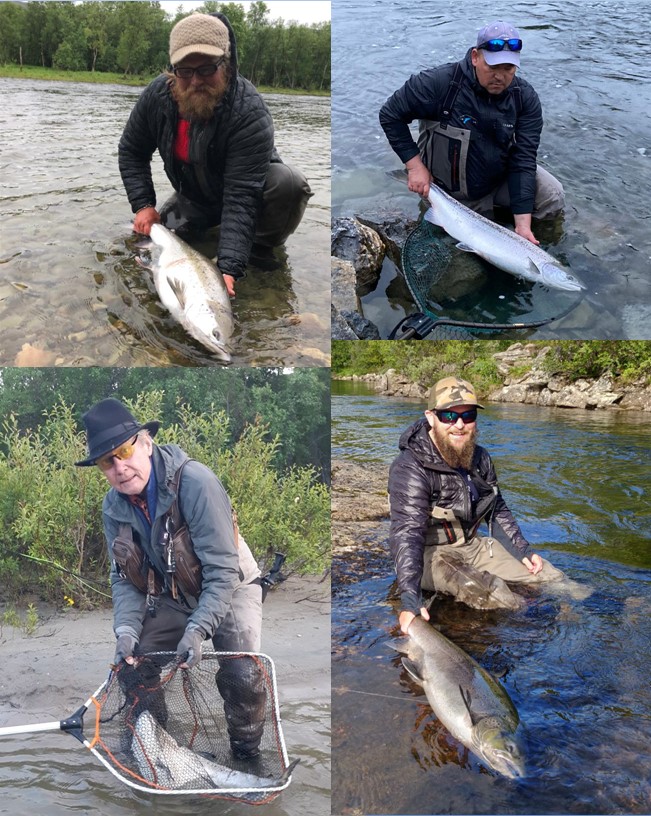