Scale samples are a very important tool to determine the amount of escaped farmed salmon, and also gives us other valuable information about the life of the salmon.

Salmon farming in the Porsanger Fjord
Before Christmas 2017, a new location for salmon farming was opened in Nordkapp County (north of Porsanger), with the same out-dated technology using open pens. Judging by the damage the salmon farming industry has inflicted on other salmon populations in other parts of the country, it's a big puzzle why our politicians do not set stricter demands as to which technology the salmon farming industry can operate with. We fear that we, in the future, will suffer the consequences of this with a bigger influx of escaped salmon in our river, and more sea-lice in the fjord - with the challenges that leads to. It's allready a salmon farm existing by Sarnes, close to Honningsvåg, and there has been applied for another location in the Porsanger Fjord, together with allready exisiting ones in adjacent fjords. At the same time, Finnmark is named as the number one place for growth in this industry. 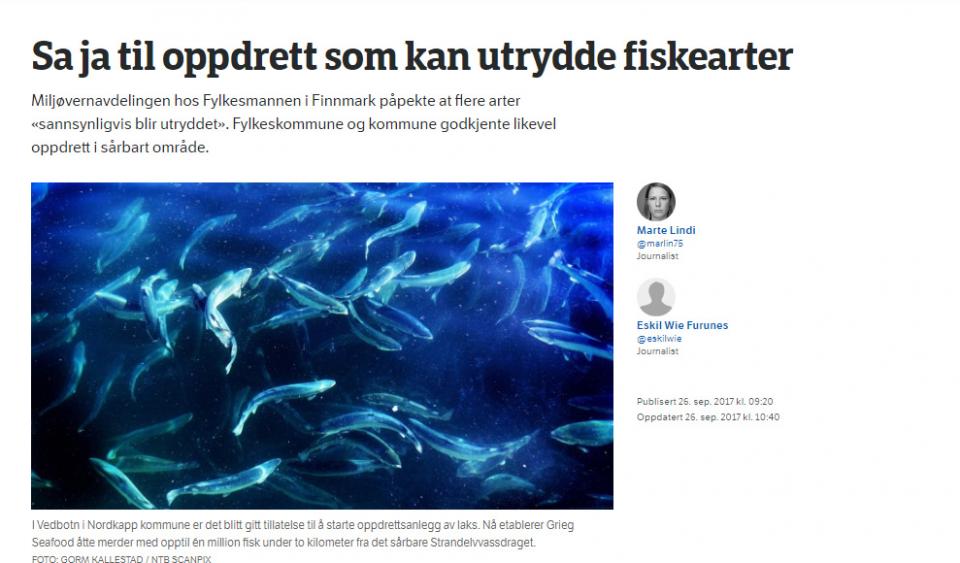 Screen shot from NRK Finnmark, 26. september 2017 about the approval of a new salmon farm in Nordkapp County.

Take scale samples - win a fishing rod!
Despite earlier efforts to encourage our fishermen to take scale samples of all killed fish, in 2017 we only collected 101 scale samples from Lakselva of a total of 760 killed fish. To increase the awareness around the topic, Olderø fly fishing Lodge has sponsored us with fire one-handed rods (10' #7). Among all scale samples collected, we will make a lottery to see who's the lucky winners. Therefore, remember to write your name and contact information on the scale sample envelope.

Of the 101 scale samples collected in 2017, one sample was decided to originate from an escaped farmed salmon, while four was defined as uncertain.

In other words, it can be difficult to tell the difference between a wild salmon and an escaped salmon - especially if the farmed salmon escaped as a smolt and grown up at sea as a regular wild salmon.

Other information from scale samples
The more years we get scale samples, the better we may analyze them and find any changes. An especially interesting thing we may find, is how number of winters spent at sea, affects the salmon's growth. This can again give indications how the feed-situation is at sea. 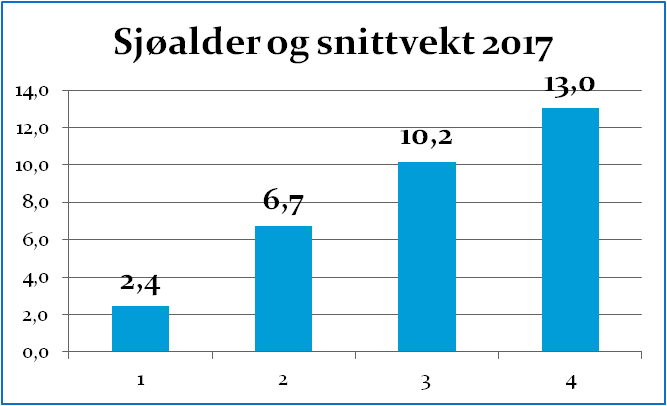 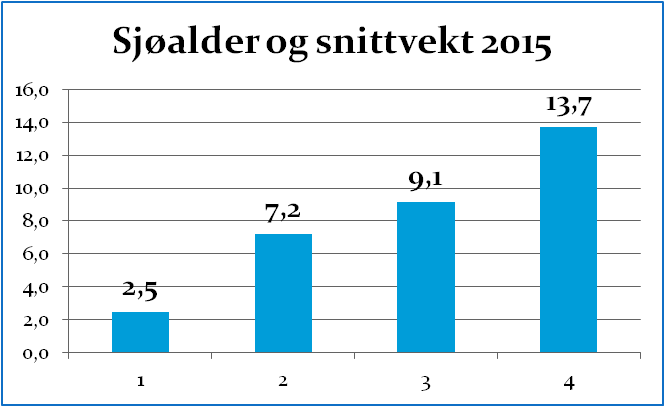 This chart is similar to the previous one, but these numbers are collected from the scale samples from 2015. Long time series will there contribute in giving us information about the feed-situation at sea (N1=36, N2=17, N3=39, N4=6).

We're hoping this will increase the number of scale samples we are collecting. At the same time, we must point out that it's important to follow the quotas, and we encourage everyone to be gentle with the large females.