A study of the Lakselva salmon “travelling route” at sea

During the last half of May, we will start a very exciting project in Lakselva. We will present the project here, but firstly we must give a big thank you to Trond Mohn for the financial support in making this project come true. Without his engagement in this project, it would not have happened!

How is it done?
In cooperation with UiT – The Arctic University of Norway and NINA – Norwegian Institute of Nature Research, we will catch and tag 18 kelt with pop-up satellite tags to study the kelts travelling route at sea. These tags will be tagged on the outside of the salmon, and at a given time release and float to the surface to send data to passing satellites. The information from this data will make us able to recreate the route the salmon took at sea. 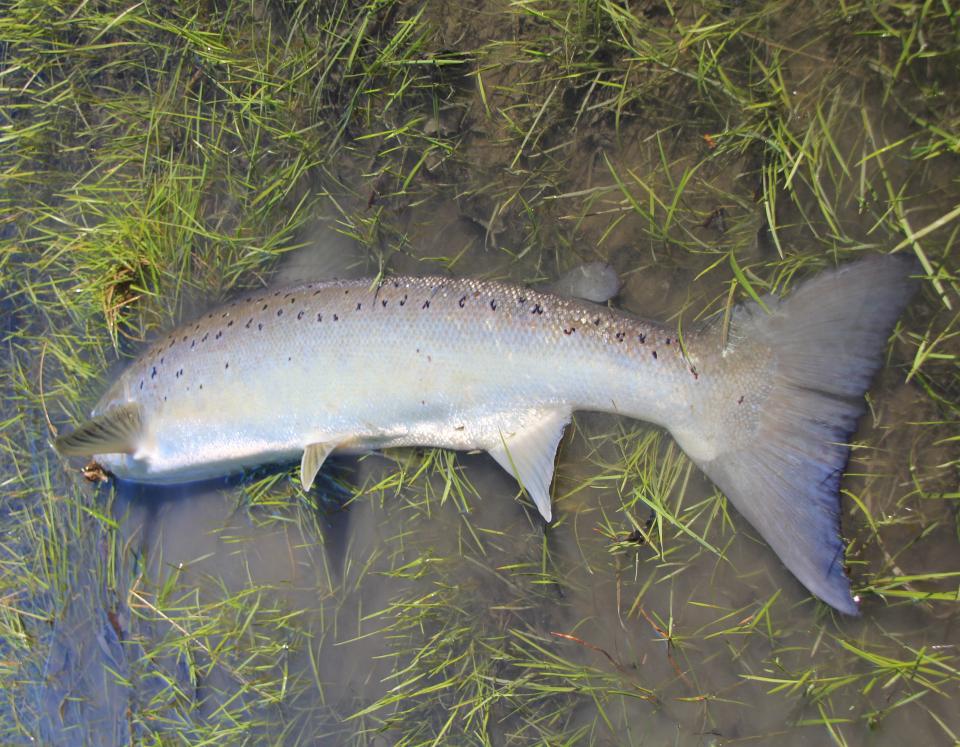 The kelt is skinny and has no value as food. However, it does have a big value for our salmon stock, since these tough fish are the base for the many multiple spawners we have in our river. They are therefore considered to be very important for the gene-pool of the salmon in Lakselva, and of course the fishing.

Since most of the salmon’s growth take place at sea, the sea-phase is a very important part of the salmon’s life cycle. Despite this, it’s in relation to the salmon’s stay at sea, we find the biggest gaps in our knowledge about salmon. Increasing this knowledge, by studying the salmon’s routes and prevalence, we may be able to get information on how different conditions at sea affect salmon from different geographical regions.

The background for the project
Wild Atlantic salmon is a vital part of our community, with salmon fishing representing both an important recreational activity and an important part of our local economy. The total amount of wild salmon has had a significant decline in it’s total area of distribution, and several salmon populations are in a poor state. Nationwide, there are many factors that have contributed to this, including genetic mixing with escaped farmed salmon, sea lice, gyrodactylus salaris in affected rivers, hydro-electric power plants and other physical changes to rivers, taxation and acid rain. The decline in the overall salmon population is also related to ecological conditions at sea, since there are rivers that are little affected by these conditions, that also have had a decline in their salmon population.

We are eagerly awaiting the results from this project!