With bright blue skies and sunshine, we arranged a Ladies Night in Lakselva on the 11th of July. A total of 23 ladies joined us for the evening, where some had never touched a fly-rod, others where more experienced.

A big thank you to the participants who made it into such a nice evening, and also those working together with us to make it a success. When Guideline got news about our Ladies Night, they we so excited about the idea, that they donated four (!) rods for os to draw among the participants. A big thank you also to Intersport Lakselv, Europris Lakselv, Arctic Ilo and Midnattsrocken. 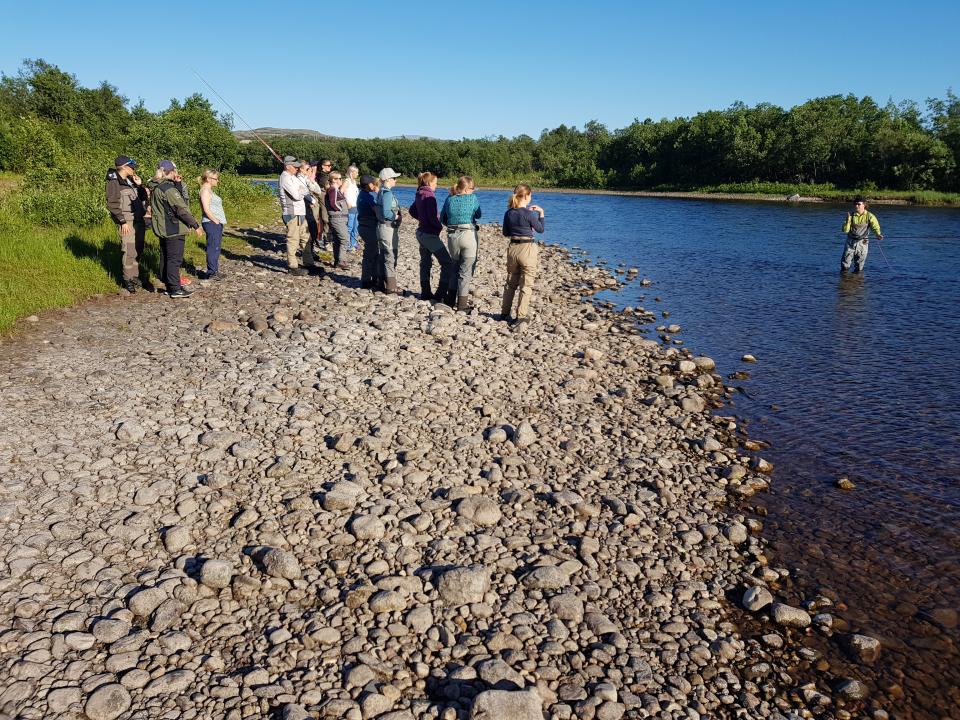 Russell Whiteman and Svein Henriksen where the instructors for the night, and to start things of, they gave a brief introduction to the theory behind the fly cast. 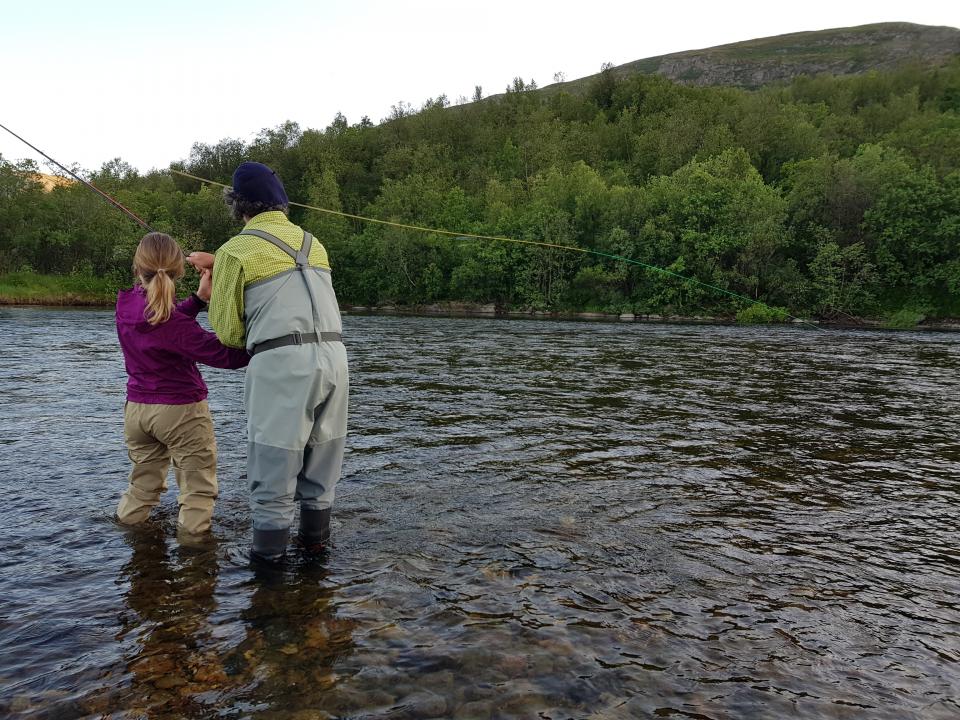 After a short introduction, it was up to the ladies themselves to put the theory into practice. Here we have Ina Henriksen getting a follow-up by Russell, which made her casting improve a lot by the end of the evening. 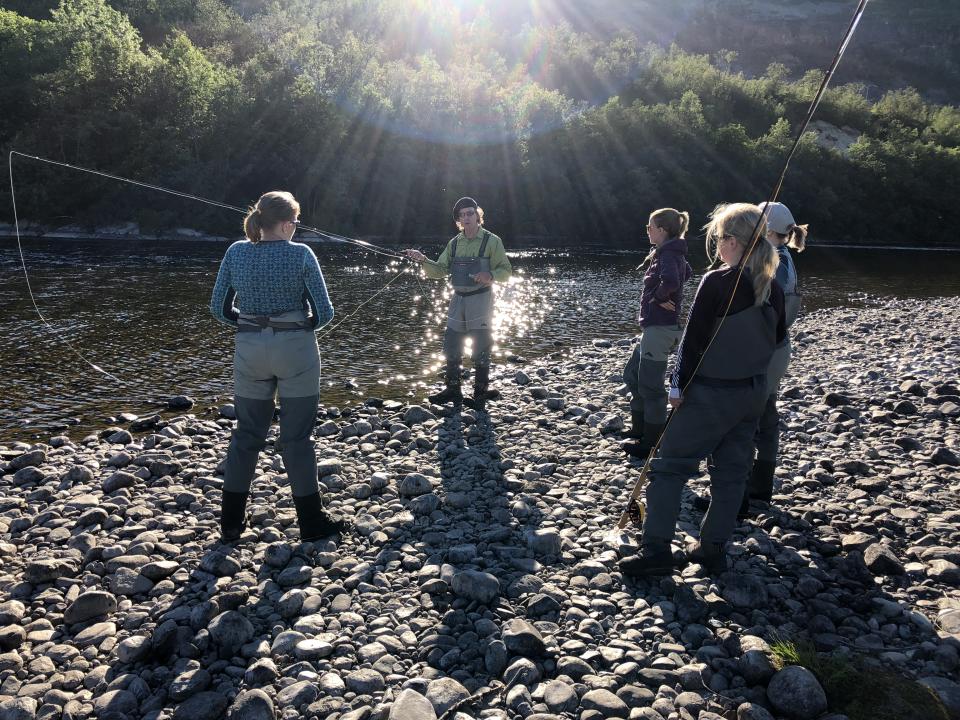 As mentioned, weather was fantastic, and even though it's not perfect fishing weather, it gave us a good frame around the arrangement. Photo: Christina Gjertsen 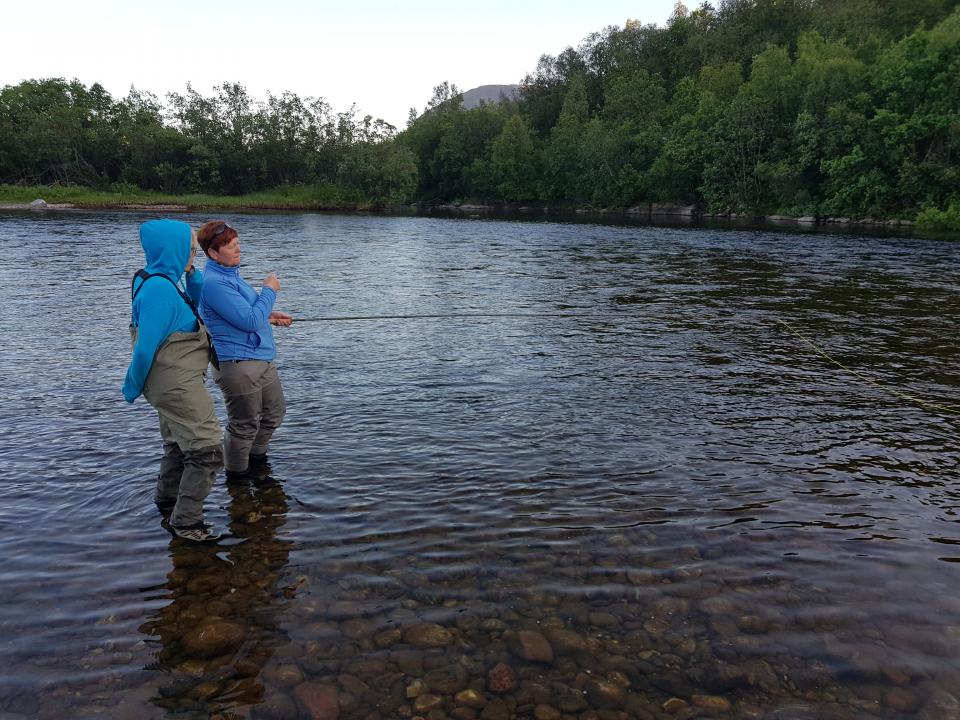 Some of the participants were allready skilled at flyfishing, and here Lisbeth Klemetsen is giving tips and advice to Edelh Ingebrigtsen. 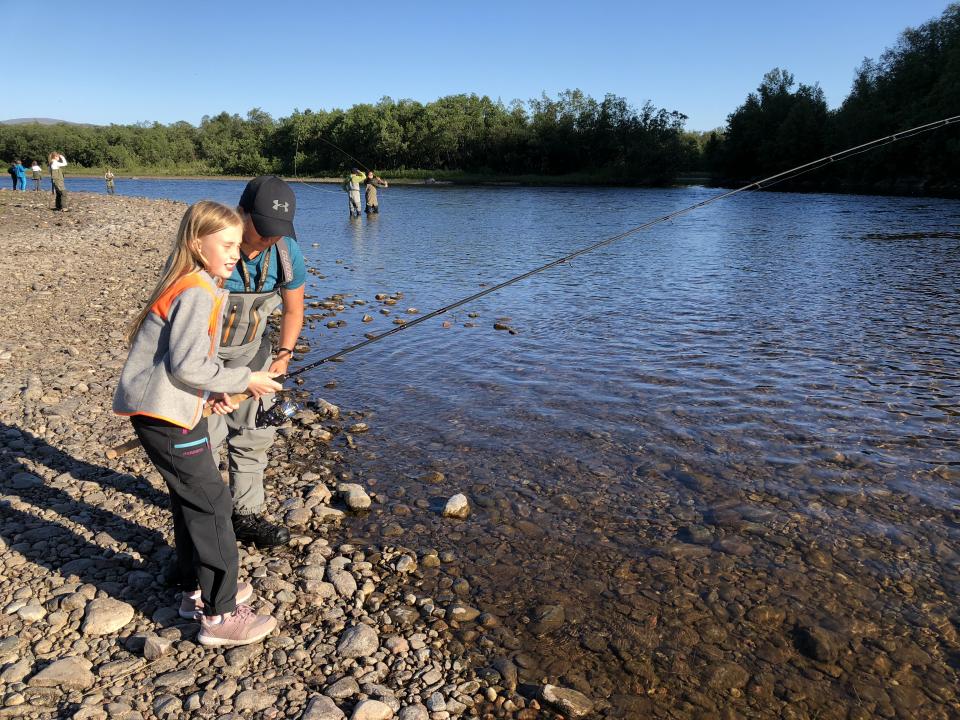 Recruitment is an important part of our job, and Ladies Night is part of this. Here it's also being recruited from the youngsters, ad Leah Emilia is been given instructions from Christina Gjertsen. 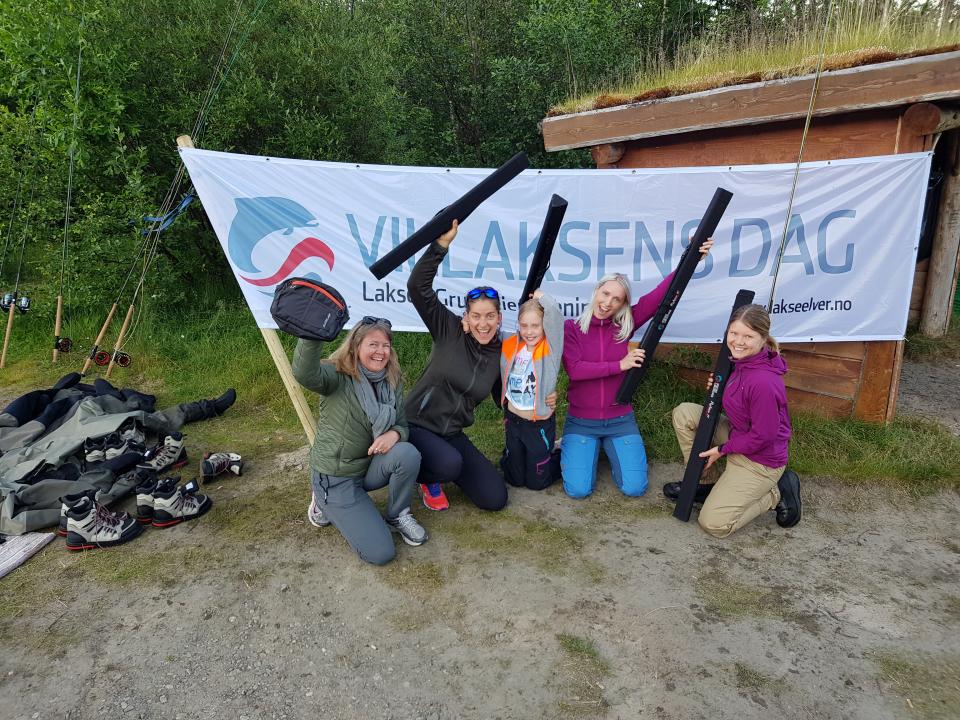 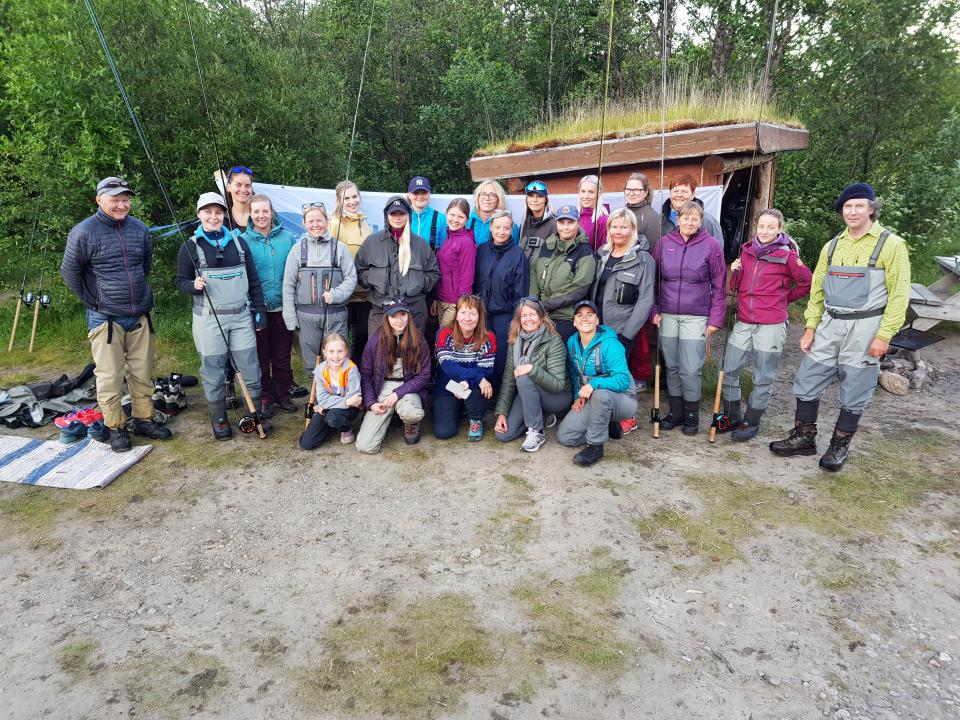 We thank you all for coming, and hope to see you again along the river!