Rarely do we see such nice conditions during the opening here in Lakselva, but there was not a lot of fishermen to find last night. The three i met, might be considered more eager than the average, and it paid off for atleast one of them. 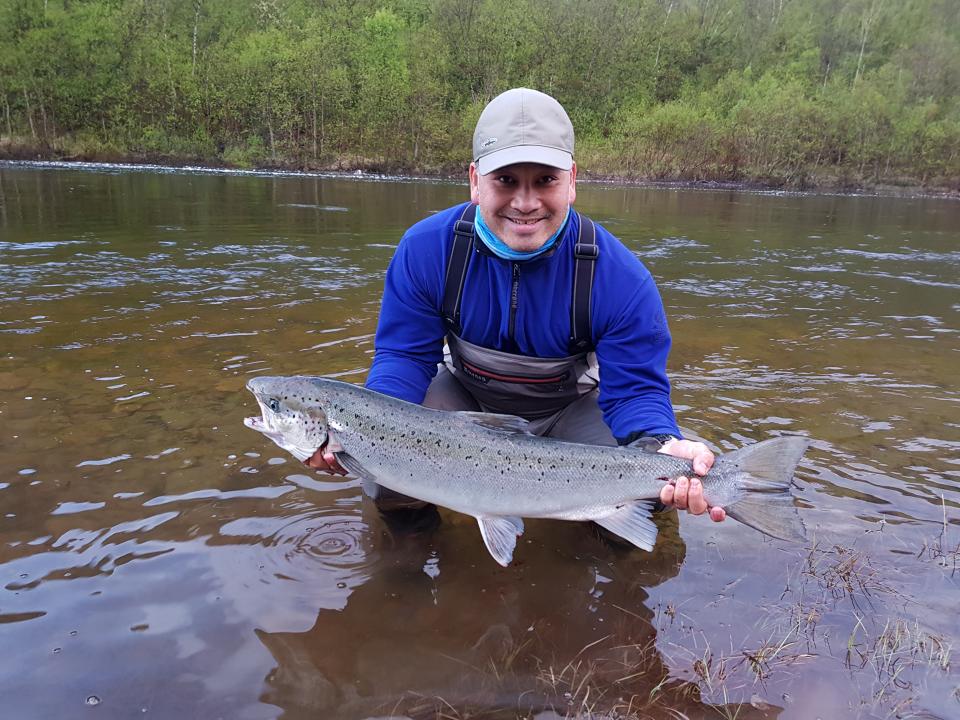 Vinh opened the season with a bang - congratulations!

Down in zone 1, Vinh was hooked on to a fish when I met him! Judging by the time of year, we both assumed it was a kelt, but upon seeing it, we concluded that the first fresh fish of the season was fact. It was measured at 87 centimeters and weighing 6,2 kilos. Not the typical fat Lakselva salmon, but a good start. PS! The kelt we've tagged in our recent project was +/- 100 centimeters and averaged the same weight as this one. 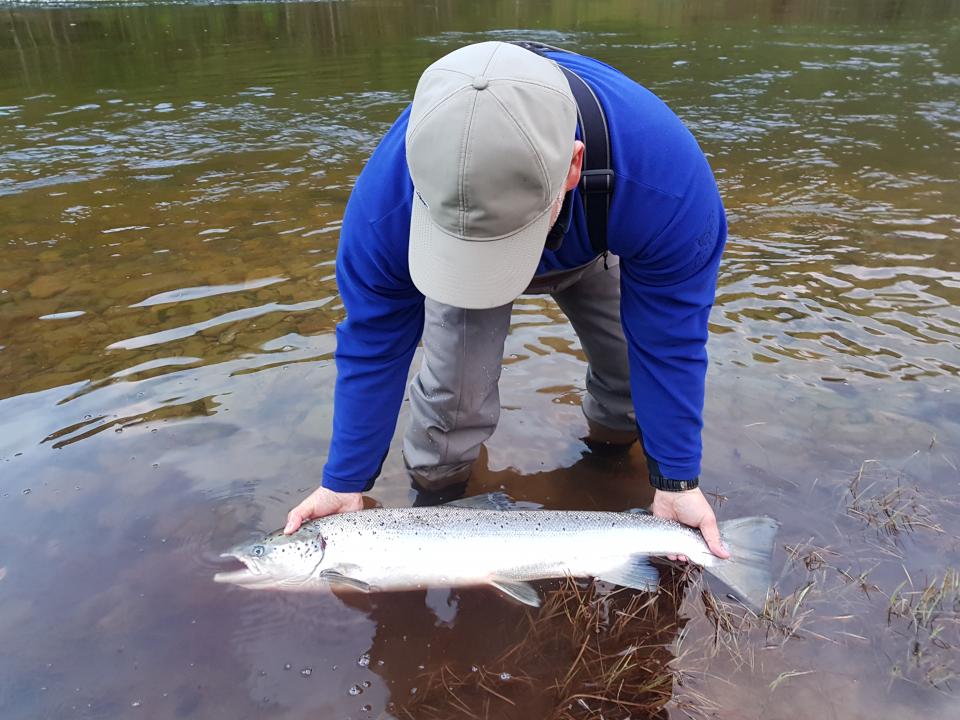 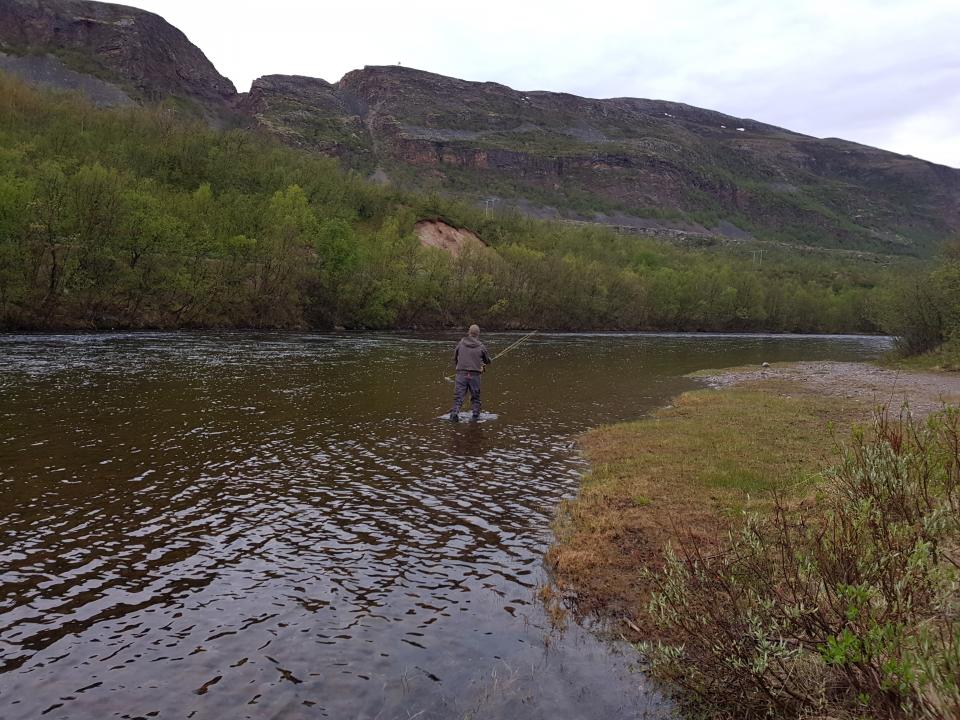 In Pahanmukka there was no fresh fish to be seen, but conditions are definitely present for future catches here!

We're crossing our fingers for more catches in days to come - tight lines!