Here are the five boats being built in the project. No doubt that this is real craftmansship, and also an important part of the Kvääni cultural heritage in the Lakselva valley.
Elveside/Inspirasjon

During the summer, Porsanger Museum has held a riverboat-project here in Lakselv. The goal of the project has been to protect and convey the use of riverboats, document the use and course the participants in making river boats. As many of you might have seen, river boats are still used to some extent in Lakselva, as they cut through water as a knife cuts through butter. 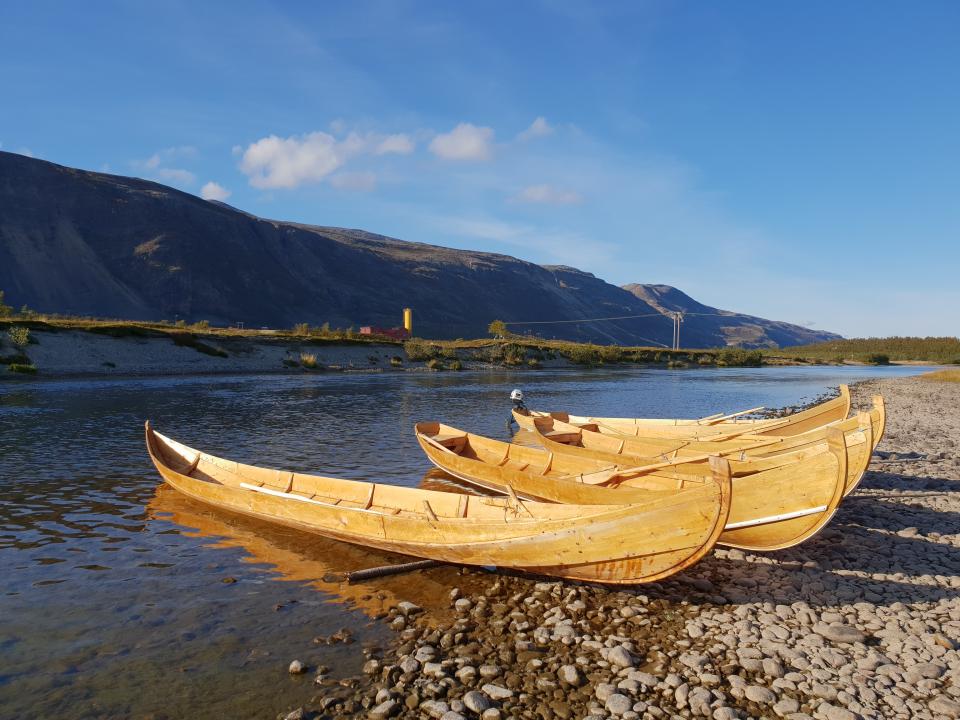 Last Saturday the boats were "launched", and lots of people showed up for the gathering. Fish soup, coffee and cakes were served, and there was entertainment by local artists. In additon, the Mayor of Porsanger, Aina Borch had some words to be said, in addition to a representative from Sametinget. The course participants were also given their proof of passing the course.

Kvääni is one of three official languages spoken in Porsanger (Norwegian and Sami ar ethe other two), and is still spoken by a number of locals.